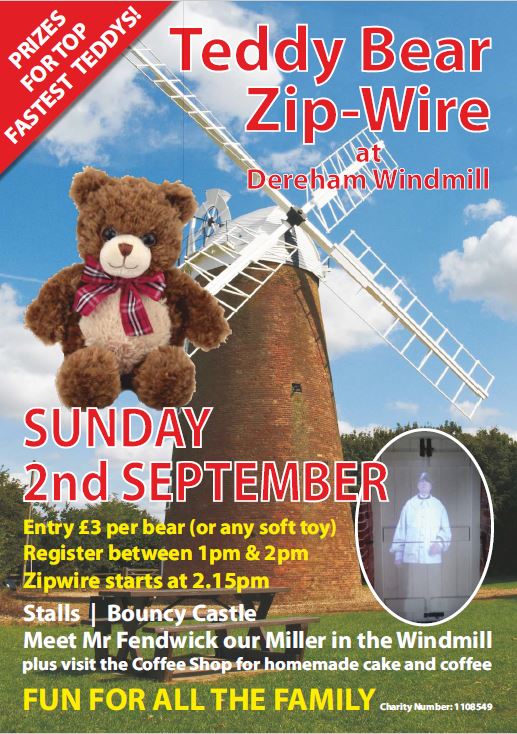 Eager stuffed toy owners were quick to sign up their cuddlies for a zipwire ride down from the top of the windmill, off Greenfields Road.

And as well as the zipwire, which saw prizes awarded for the fastest teddies, visitors could also enjoy perusing stalls and jumping on a bouncy castle.

Alison Webb, head of fundraising Dereham Windmill, said: “Dozens of bears were brave enough to zipwire from the top of the windmill, have a teddy bear picnic with Edward the Bear and then played pass the parcel.

“A brilliant day was had by all.”

The coffee shop was also open for refreshments. Dereham Windmill was built in 1835 and is the last of several windmills in the area.